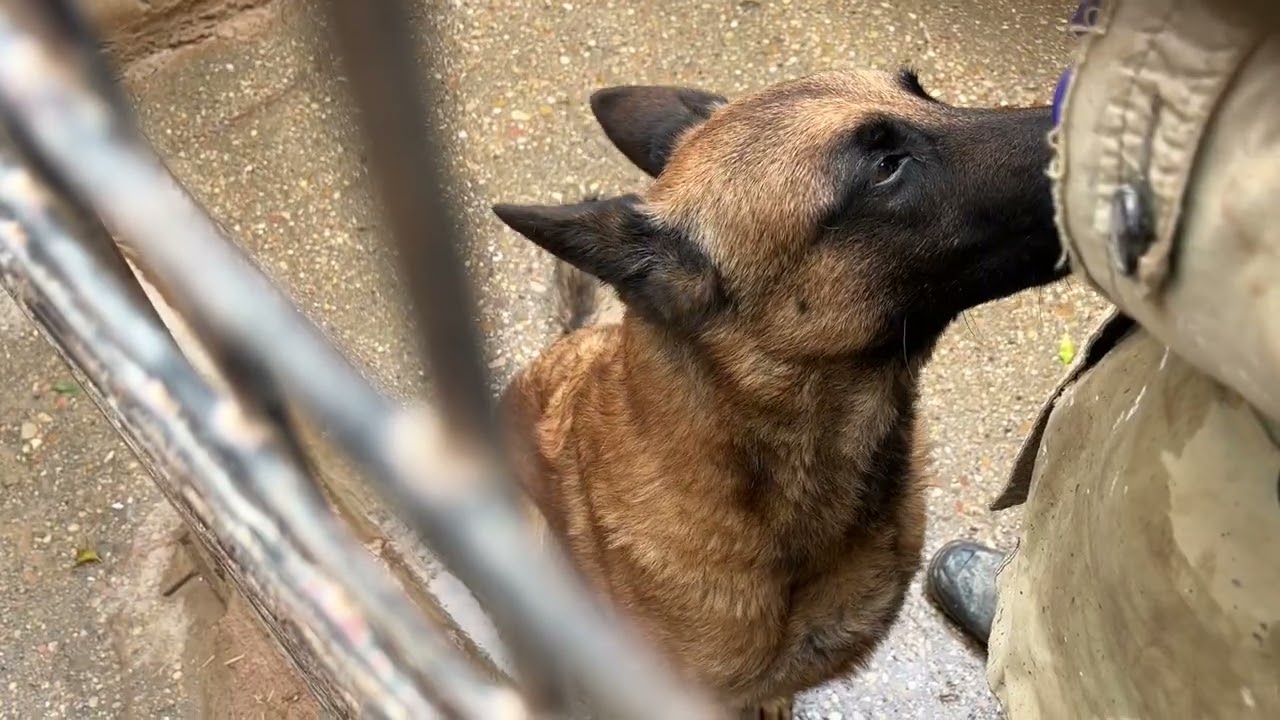 Life in a city/apartment : OKHome without an exterior : OKContact with other dogs : GOODLife with cats : ?Contact with children : ?Need for daily exercise : HIGHHealth : GOODTrauma : NO
Special needs : EXPERIENCE

History : Yango was abandoned at the shelter in early December 2022 because his owner was unable to support him due to financial issues. His owner had him since when he was a puppy until then. According to the owner, Yango reacts poorly to unfamiliar men and other dogs. Since he arrived, Yango has been isolated in his own area in the shelter and, in the past recent weeks, we have tested his behavior in various situations (with strange men, with other dogs through a fence, without a fence, on and off leash, and walking through the city).

Personality : Yango partially reacts to visual stimuli. For example, when we clean his area with a broom, he clenches his teeth, reacts to the movement of the broom and may briefly bark at the person. When we put the leash on, he bites it and wants to pull it. We suspect that the previous owner tried to keep him busy playing with balls and tug games. After consulting with our dog trainer, we have not played these games with him in the shelter to “neutralize” him in this area. In fact, we are already seeing progress, because Yango can now calm down much faster in such situations. So far, we have not seen excessive aggression towards other dogs. He barks through the fence, but unfortunately most dogs do this in the shelter because the stress level is quite high. Yango has started going for walks with our volunteers on Mondays, and since then, we have seen him much more friendly, relaxed and happy when he is in contact with other dogs both on and off the walk. During our walks through the center of the city we have not been able to observe any aggressive attitude of Yango towards other people or men. After a short warm-up phase, he already gets along well with our male dog trainer. What he doesn’t like is being hugged by strangers. To show that he doesn’t like it, he simply withdraws from the situation and at most he can bark at the person. With the people he trusts, Yango is affectionate, loyal and attentive. He would prefer to be with his caregiver all the time to enjoy closeness and affection.

We’re looking for : Due to its breed, the Yango is a working dog that must be exercised mentally and physically. Therefore, we want people with experience in working dogs like him, who can read his behavior well and who know how to guide him in a constant and loving way. If you think you are the person who could give Yango the home and care it deserves, please contact us.