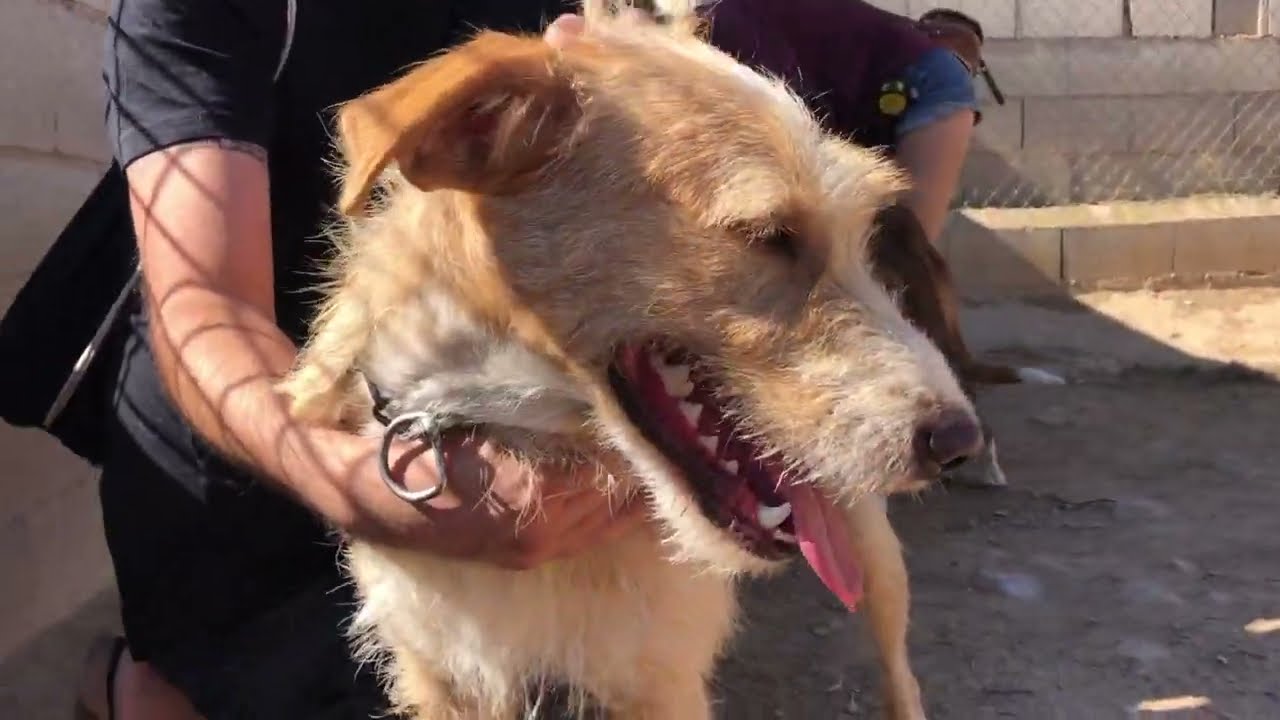 Fido, his first day at the shelter

Fido, having a walk outside the shelter for the very first time

Life in a city/apartment : OKHome without an exterior : OKContact with other dogs : GOODLife with cats : ?Contact with children : GOOD*Need for daily exercise : AVERAGE Health : GOODTrauma : NO
Special needs : NO

History : Fido was picked up at a gas station along with his canine companion Geronimo. Unfortunately, we don’t know where he came from, if he was abandoned or if he ran away. However, what we do know is that Fido is very social with people, probably, and luckily, he hasn’t had any bad experiences so far. Fido just walks up to everyone in a friendly way.

Personality : Fido’s first visits to the vet also went smoothly: he allowed himself to be touched and examined without question. Even riding in a car was not a problem for him. Fido handles all new situations with no problem. The first walks on the leash showed that he was not familiar with it, but that he can adapt quite well. The volunteers have already taken Fido for a walk around town and he has shown great curiosity and he has just been interested (like all the other dogs) in all the smells he could smell. All the new impressions didn’t make Fido anxious at all, but rather made him want to see more of the exciting world.

Fido never relieves himself in his box at the shelter, instead he always waits until he is allowed to spend time outside. I wonder if he has already learned this house training at some point in the past or maybe he just wants to keep his place neat and clean.

Since all of the shelter’s enclosures are full at the moment, Fido hasn’t had a chance to belong to any dog ​​group so far. The encounters with other dogs, through the fence or on the leash have all been very friendly. So Fido could certainly move in with a well-socialized first dog, if he too was happy to have a new canine companion in his household.

If you want to know Fido better, get in touch with us!